The inevitable road to death 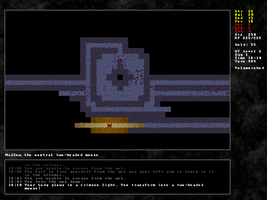 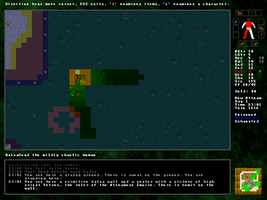 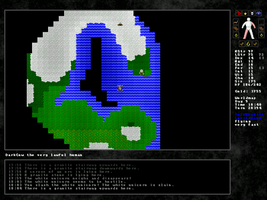 Advertisement
Iter Vehemens ad Necem is an old-school roguelike that, on top of the inherent difficulty of this genre, adds a layer of trickiness that starts right in the game's prologue.

In that prologue, you'll learn about the daily life of your character, whose routine includes waking up to monsters in his face, having to fight creatures of all kinds, and climbing trees for hours just to find food. And this, of course, isn't even the most difficult thing you'll have to face.

Once the game really begins, Iter Vehemens ad Necem has exactly what you'd expect: turn-based combat, a traditional interface, classic but decent graphics, and, of course, permadeath. The problem is, as you advance, the game will try to kill you however it can.

That said, Iter Vehemens ad Necem also includes some new features that make it stand out even more. For example, you can recruit allies on your adventure in the hopes that they will help you survive a little longer. Also, oddly enough (though it does makes sense), the game has a 'vomit' button.

Iter Vehemens ad Necem is a very fun roguelike that, despite being relatively accessible, is still super difficult. It's nevertheless a great gaming experience for fans of the genre.
Reviewed by Andrés López Translated by Taryn
Advertisement

There are opinions about Iter Vehemens ad Necem yet. Be the first! Comment

Tales of Maj'Eyal
Hundreds of deadly mazes await
Nethack
Can you get Yendor's amulet and escape alive?
Red Rogue
Descend into the depths of the dungeon
DoomRL
The Doom role game is real hell
DiabloRL
And you thought Diablo was difficult? Try this!
CastlevaniaRL
Castlevania goes roguelike
Unreal World
Role-playing and survival in Medieval Finland
Dungeon Crawl Stone Soup
A descent into the depths in search of the Orb of Zot

Blitz
The ideal partner to play League of Legends
ArcheAge
Enlisted
IMVU
It arrives the revolution of instant messaging
Final Fantasy XIV Free Trial
Minetest
Like Minecraft, but Free and Open Source
Opentrack
Warframe
Grab your sword and your gun and join the Tenno warriors